Packed bags, charged cameras, holding your passport as you walk in to the airport, your mind already wandering the new streets of a city you wish to discover, the thought of a break as you pass through your security check like its just another step to the destination and even the crowd doesn’t make you feel uncomfortable cause you know it’ll all be gone when you get there .. A trip even if its for just a day has its Magic 🙂

Our weekend was well planned and by well planned I mean the tickets were booked to Seattle, Washington 😛 As usual we ran to the airport at the last minute praying we don’t lose our flight. *Luck*

The initial idea of the trip was to get some work done and Sunday was all about discovering the place. I should add I had a preconceived notion of how the city would be cause all I heard was people telling me it rains a LOT but unfortunately it wasn’t 😛 (so no movie style transparent umbrellas and rain boots for me).

Our first stop was at a Vietnamese restaurant called Blossom Vegetarian the specialty of the restaurant was they made vegetarian food taste like meat. Specially cooked by a Buddhist Monk, I was surprised as to how good the food could taste considering there was no Garlic, Onion, everything was gluten free and a complete treat. Sad that I still don’t know how to eat with chop sticks but we spent a whole hour starting with the Ooh La La tea, moving to Mongolian beef and then towards the end had some bubble tea with black pearls (tapioca)

The next place to visit on my list was Pike place market seemed like an interesting place. I haven’t seen so many people carry flowers anywhere else. I don’t know if it had some significance or if it was just cause you get a beautiful bouquet for 5 dollars.

We walked through downtown all day, took the trains and then walked some more, ah actually a LOT. They had a game release or something and downtown was full of people dressed up in outfits resembling various characters. Fashion week on the streets. 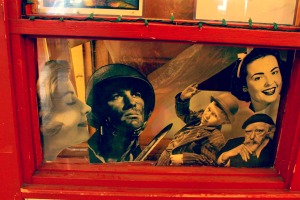 R.G (my husband) insisted we head to some place where we could just sit down, have dinner, listen to music and not rush and Yelp to the rescue, we found Jazz Alley where Keiko Matsui was performing. I have no idea about Jazz artists and I don’t even listen to jazz so at first I was apprehensive about it. I should say I walked in with a negative head but the music was soothing. What made it interesting was how she narrated her stories and how she turned events from her life into music 🙂 and the best part was the three of us humming the music and the way she said Road dot dot dot and repeating it 🙂 it was a Brilliant experience and my first being a part of a Jazz CD release for the album “Soul Quest“.

We spent the next morning walking around and going in trains again and the flight back was more tiring than I thought it would be.

The reason a trip stays memorable is not because you see the same things or go to the same kind of restaurants that you have on a list that you have to tick off. It is the new experiences you have during that short period that stay and become memories and stories you tell later on in life.